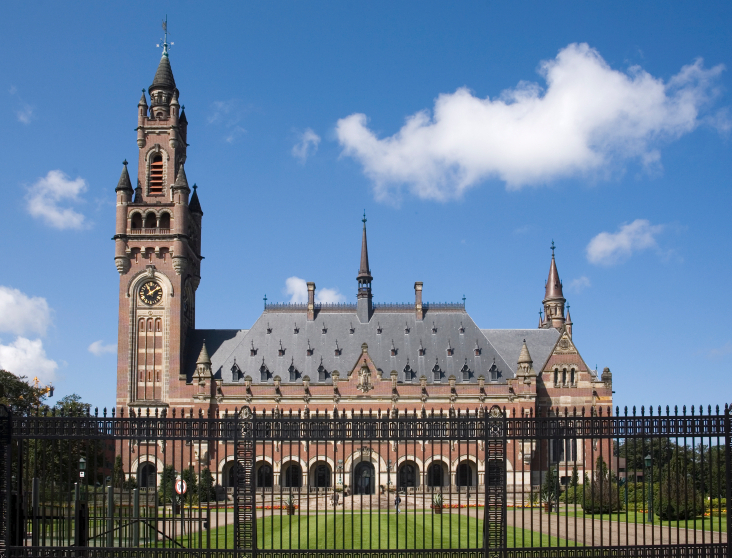 Built in the spirit of international peace and opened in 1913, the Peace Palace is one of The Hague’s most popular sights. It is home to the International Court of Justice and other judicial institutions, as well as the Peace Palace Library. Visitors can check out the Visitors Centre for a first insight into the history of this impressive building, while guided tours of the palace itself are only available on selected weekends.

Nickname the ‘Ice Palace’ due to its architectural design and white color scheme, The Hague’s New City Hall has been designed as an open, dynamic and welcoming meeting space and it is up to the public to bring color into the hall and its atrium in particular. As such, you can during your life in The Hague (more info on InterNations.org) not only find the various municipal offices there, but also enjoy social, cultural, educational or commercial activities, from fashion shows to concerts.

Both the Old City Hall and its neighbor the Grote Kerk stand in stark contrast to such modern buildings and are grand examples of the city’s history and architecture. The Old City Hall is a striking 16th century, Renaissance styled building that – even if no longer the seat of local government – is still a favorite location and regularly used for civic weddings. And the 15th century Grote Kerk has similarly played its part in defining The Hague’s cityscape with its hexagonal tower and stained glass windows.

Located at The Hague’s city center, the Binnenhof and its surrounding buildings are further examples of local history and architecture. The Ridderzaal (‘Hall of Knights’), a 13th century construction, is particularly popular and on special occasions used for royal receptions or speeches. As the seat of government, the Binnenhof also includes the House of Representatives and the Dutch Senate. There are various tours available for those interested in more than just the buildings’ exterior.

For those interested in monuments and history, the so-called Plein 1813 is also worth a visit. This ‘square’ at Alexanderstraat might not look like much, but its monument commemorates an important event in Dutch history: The return of the Prince of Orange and the subsequent foundation of the Kingdom of the Netherlands in 1813.

6. Panorama Mesdag and the Mesdag Collectie

Lovers of art have their work cut out for them with a number of different museums and galleries in The Hague. The Panorama Mesdag, for example, has been purpose-build to display, among other things, a 19th century, cylindrical painting of the same name that displays a striking 360° view of the local dunes and Scheveningen village. Similarly, visitors to the Mesdag Collectie can enjoy even more examples of Dutch and French art.

For a more direct and hands-on approach to the country’s history and the Dutch lifestyle, a visit to Madurodam is a must. This miniature park with its exact 1:25 replicas allows for a very close look at various famous Dutch projects and buildings like the aforementioned Binnenhof. In addition, visitors can get detailed information on the various sites and enjoy a number of activities in connection to the different replicas. 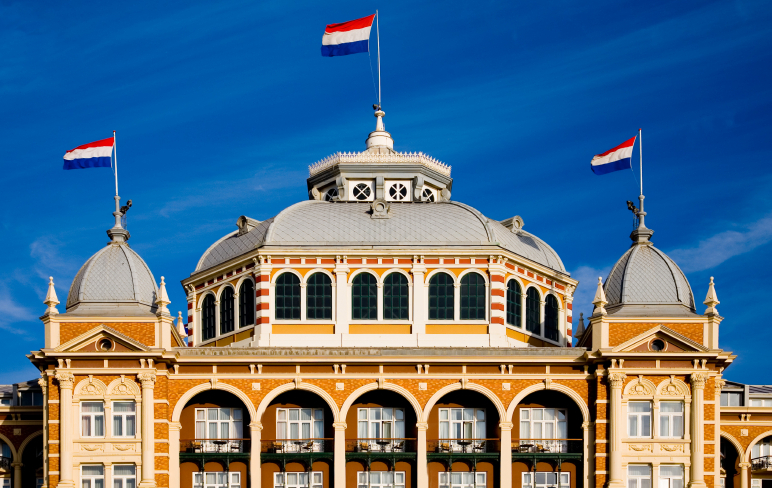 Make sure to also enjoy the benefits of the city’s location by the sea and go visit the Scheveningen district with its beaches, pier and famous Kurhaus hotel. Sandy beaches and salty waters are not your thing? Then take advantages of the city’s various parks to enjoy nature, from Westbroekpark with its many rose beds to Scheveningse Bosjes.

Offering an abundance of different products, from fresh fish and produce to furniture, The Hague Market is the biggest market in the Netherlands and one of the largest in Europe. Open on Mondays, Wednesdays, Fridays and Saturdays, visitors will quickly find that there is hardly anything that cannot be found at one of the over 500 stalls and shops.

10. Volunteering in The Hague

Or are you looking for something different to do during your stay in The Hague? Then make a difference in your local community by participating in the Volunteer The Hague program! Powered by the PEP (Participate Emancipate Professionals), the program helps connect English speaking volunteers and local non-profit organizations.

(The Hague, 2014 – article in collaboration with InterNations)