At the baker’s, I often bump into the same man. At first our ‘relationship’ was no more than a friendly nod and a mumbled greeting now and then. That is until he let slip one day that he had just returned from Berlin. It appeared he was involved in publishing a book about ter Braak in the German language.

Menno ter Braak (1902-1940) was a feared, Dutch literary critic in the period between the two World Wars, known among his adversaries as ‘Afbraak’ (demolition man). He loathed National Socialism and made no secret of the fact. After the Germans occupied the Netherlands, he took his own life. 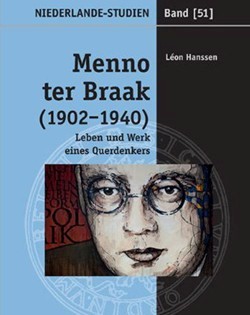 It seemed to me rather quixotic to publish his biography in German. But guess what? Ter Braak was extremely German oriented. He wrote his Ph.D. dissertation (about Otto III, Holy Roman Emperor) in the German language and had a lot of contact with German intellectuals (including Thomas Mann).

What’s more, he was born in Eibergen, just like Paul Weeink, the man I often meet at the baker’s. The result of his endeavours can be found here.