Facelift for footpath along Koninginnegracht 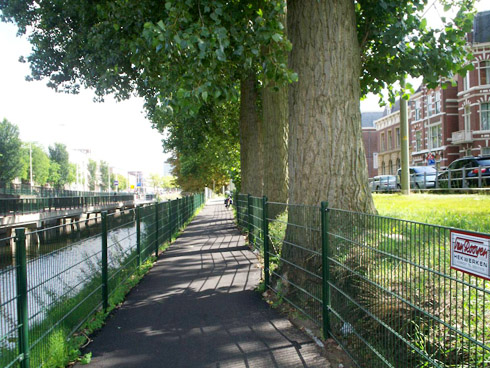 August 2009 –  It has actually happened. The footpath that runs between Riouwbrug and the bridge near the Hubertusviaduct, which had become so dilapidated, has been taken in hand. It is wider, has an even asphalt surface and is protected on both sides by green railings; zigzagging now and again to accommodate the tall poplars lining the way. The (temporary?) manner of renovation implemented where it starts by Riouwbrug is less attractive.

Safety is paramount for the council: all told between the houses along Koninginnegracht and those on Raamweg, you will encounter seven green fences. While the Raamweg residents are unhappy with the barrier running along the middle reservation of their road, the Archipelbuurt is pleased with the refurbished footpath.

7 January 2008 – Early in the morning the new Riouwbrug was literally under the spotlight when Alderman Peter Smit (responisible for Traffic), Bert Kreemers (working party Traffic – Archipel&Willemspark Residents Association) and a number of pupils of the Aloysius College and the Wolters primary school showed up in the dark for the official opening of the new two-way cycle link across to Raamweg from opposite Riouwstraat. 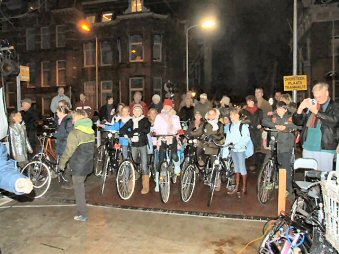 Realization of the Riouwbrug is the result of a burgerinitiatief (citizens initiative) proposed by Archipel&Willemspark Residents Association. The new bridge offers school pupils and other bike/moped users (as well as pedestrians) an improved and safer connection across to Raamweg. 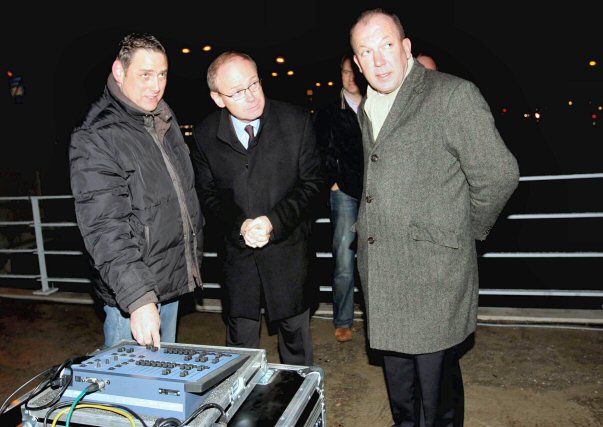 2005
On 1 December 2005, 533 Hague residents requested a safe cycle and pedestrian connection between the Archipelbuurt and Benoordenhout in a burgerinitiatief (citizens initiative). Such a burgerinitiatief is one of the ways citizens are able to have a more direct influence on how the council functions. The 2005 initiative for the “Riouw bridge” was a success story. Within two weeks the necessary signatures had been collected and on 1 February 2006 the council committee for traffic and the then Alderman gave their full support to the initiative.