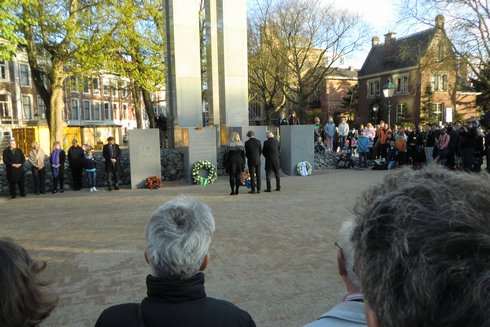 On 4th May The Netherlands commemorate those who died during the Second World War and in peace missions. As every year there was a memorial service at the War Monument near the Peace Palace. Delegations of organisations, many unofficial groups of people attended.. 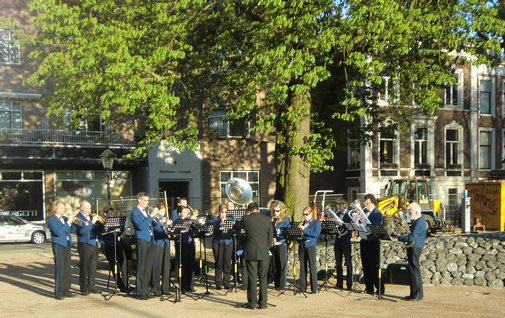 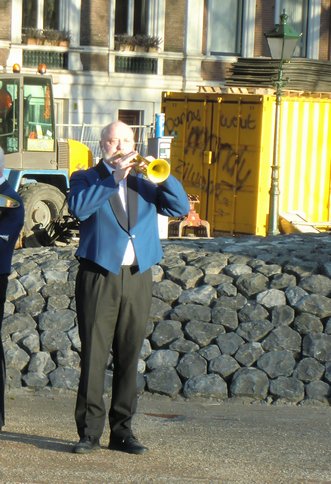 Music was played and a trumpet player sounded “the Last Post”.

Two minutes of silence followed. Bouqets and wreaths of flowers were laid in a procession past the Monument. 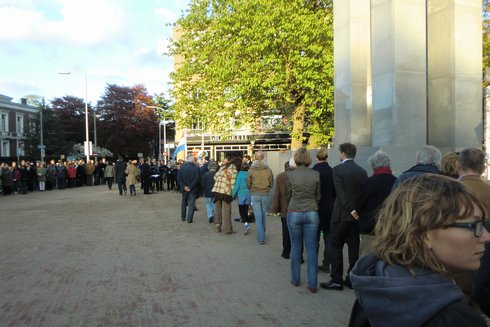 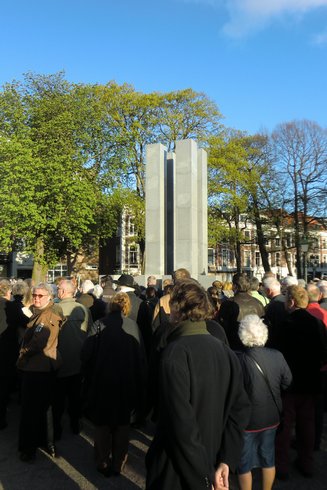