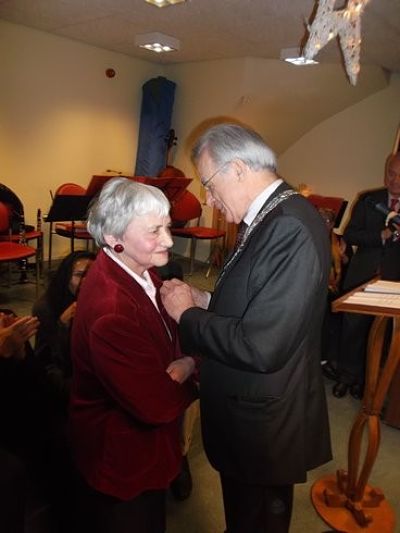 We had been promised a surprise and we got one. During the animated and well-attended New Year’s reception in  ‘t Klokhuis Liesbeth de Bles received a royal decoration from Burgomaster Van Aartsen. She was created Member in the Order of Oranje-Nassau. Especially the part she played in the “salvation” of ‘t Klokhuis was spoken of highly.