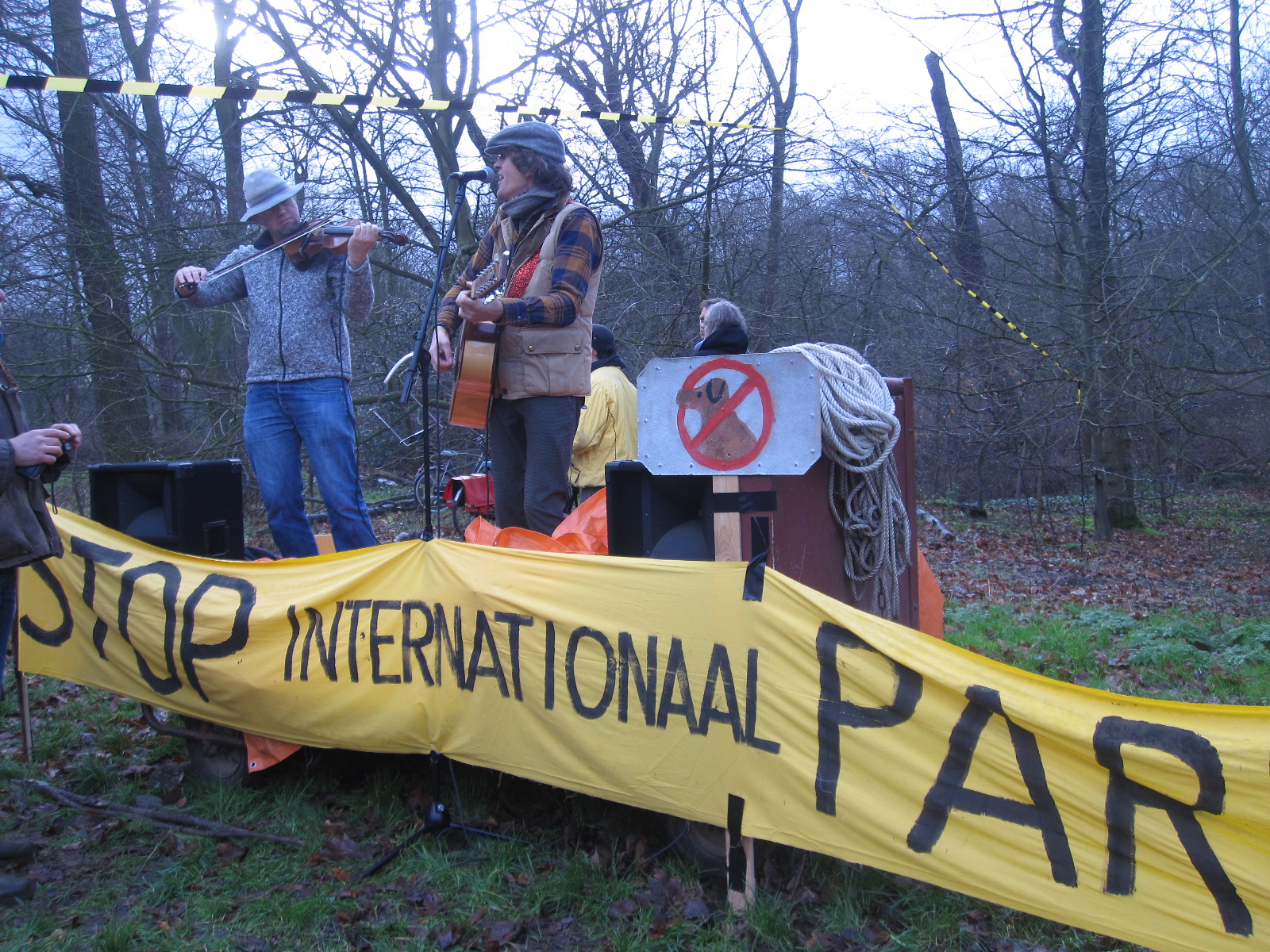 Exactly one year after the great demonstration against the plans for an ‘International Park’ that the Municipality of The Hague had made a Denktank (think tank) gets going – by order of the Municipality, but on the whole totally independent. The Denktank consists of 12 persons; some of them were appointed, but the majority was voted for by the inhabitants of The Hague. Evenings were organized, the so-called Stadslabs, where inhabitants could help think about the future of the Scheveningse Bosjes, Waterpartij and Westbroekpark  and the representatives for the Denktank were elected. Within a year they will present a view on the future of the three important green areas of The Hague.

The 12 members of the Denktank do not represent organisations or interest groups, they will function strictly as individuals. This unique municipal way of working is new and it is applied for the first time in The Hague. The Denktank will use its first three meetings to orient itself. Experts will be asked for advice. Over 3200 opinions expressed by inhabitants and organisations concerning the Municipality’s plans for the International Park will be taken into consideration and so will the ideas that were formulated during the Stadslabs and the ideas that were sent in via email and social media. In September the Denktank will present a vision for the future to the Town Council and the Council will formulate a reaction. This reaction will be discussed with the Denktank.
With this new line of policy the citizens of The Hague give a good continuation to the protests and ideas they sent to Deputy Mayor Revis. Ultimately the Town Council will have the last say in the matter.

As was mentioned before the Denktank wants to be well informed about certain matters it finds important such as a good connection between the two halves of the Scheveningse Bosjes that are now separated by the Teldersweg with its heavy traffic. The history and the future of a city with an ever growing population and all the consequences for the green areas of that city will be taken into consideration. All 12 members of the Denktank are in favour of the preservation of the green area as it is and the sustainable conservation of this precious, peaceful natural area within the city. It is agreed that the area should remain freely accessible for all present and future visitors and that it should not be divided into compartments for different users. Concrete plans will be made during this spring and early summer.