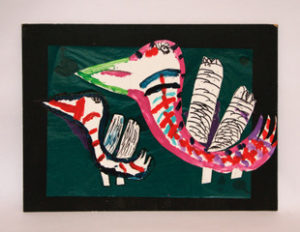 Expats are enthusiastic about cultural education Haags Kinderatelier
sustainability, depth and heritage for expat children in The Hague
In the 2018-2019 school year, more than 700 children and young people from expat parents took part in cultural education at the Haags Kinderatelier Foundation (HKA). A fifth of them visited the studio outside school, for example during vacations and with the BSO. Fré Beijerling, program maker and director of HKA: “I am pleased with this increase, which is mainly the result of word of mouth between teachers and parents who attended the lessons. Expats apparently value the extra depth and careful customization of HKA.

International schools and foreign language vocational schools
A few years ago the festival “Loosduinen Gaat Los” took place at the International School The Hague, where HKA organized heritage workshops. Beijerling: “That was a nice introduction and participants were enthusiastic about the topics in fashion and architecture. Hundreds of pupils now come via the European School The Hague (ESH) to Atelier Van Speijk in the Zeeheldenkwartier. Via the HKA offer “The City” on the CultuurSchakel site, the German section came first, followed by the English, Spanish and French sections. The visual HKA lessons about Biotopes, linked to the season or climate, were also well attended. We provide cultural education throughout the city, from Escamp to Scheveningen. The lessons are aimed at getting acquainted with the development and the role of culture in the world. Children with a non-Dutch background, both immigrants and expat children, need it extra because they are in a new environment at the intersection of multiple cultures. The ESH is planning to take lessons with all students again in the coming school year. And German and English childcare also continues to visit us. ”

From CoBrA to Rembrandt and China to Suriname
The lesson topics, from Rembrandt to Ai Weiwei, are placed in a social and cultural-historical context. This gives the children insight into the big picture: for example, the developments in design, or the role and meaning of art in society. This ensures more recognition and understanding of the world around them. When dealing with different cultures, children recognize countries of origin of classm 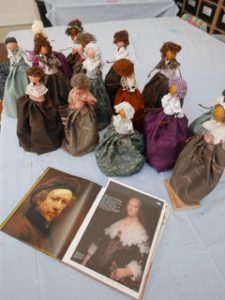 Exhibition with spinoff
At the HKA exhibition at the European School the students showed their reflection on the ideas, influence and clients of painter Rembrandt and his time. The post-war CoBrA movement, which has a lot to do with the hopeful open-mindedness of children, was a new and interesting phenomenon for many parents. Models about bicycle friendliness and nature in a city like The Hague also received great appreciation. Reason enough for expat parents to form small groups themselves to participate in extracurricular series of lessons in Atelier Van Speijk. And for this summer vacation, more than a hundred expat children have already been registered for programs in Atelier Van Speijk via www.haagskinderatelier.nl/agenda. Schools register via the website www.haagskinderatelier.nl/onderwijs. One can mail specific wishes to info@haagskinderatelier.nl