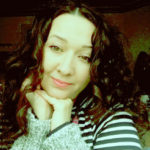 Grace Music International was founded by the Australian Emma Scott in 2010. In 2013 she returned to Australia and from there she takes care of the communication and administration. She is also the director of the organisation that is now also operative in Australia and Cambodia.

I spoke with  Aleksandra Popovska who was born in onetime Yugoslavia. “I lived in both Serbia and Macedonia,” she told me. “Now I have lived in The Netherlandse for 12 years, 5 of which in The Hague.”
Since Septembe 2016, on Saturdays, Alexandra gives music and exercise lessons to children from 0 to 4 years old in ‘t Klokhuis, Celebesstraat. “The lessons are in English because the target audience is the expat living in The Hague. I also have a number of Dutch children in my class and as I work with music, pictures and various attributes that can produce sounds (sticks, blocs, etc) the Dutch speaking children can understand the lesson very well. Often one of the parents is Dutch and the children are raise bilingual. For the mothers it is also a social event; living in a foreign country with a small child they are often housebound and here they can meet the other parents.
“During the course parent and child go on a musical adventure together. Small children love music and movement and the course benefits the locomotion, the associative power, the development of language (on the basis of pictures) and creativity. What is more fun than singing songs with your child, moving to music and play musical games with small instruments. The children not just get acquainted with music, they also learn to listen and react to music.”

At the moment Aleksandra has three small groups: one group of one and two year olds who begin to discover all kinds of things, one of two to three year olds who begin to imitate things they see and hear and one group of three to four year olds who learn to coordinate their hands and feet to the music. “We teach the parents that music is very important even for the very smallest children and we give them material to take home (kindermusic@home) to practise with.”
I was allowed to attend one of Aleksandra’s lessons. Except for one mother the  parents were all fathers and I found it touching to see how they sang, played games and danced in the circle with their toddlers.

Aleksandra studied music pedagogy and -theory at the conservatoire of Skopje, Macedonia and she studied vocal, music production and composition for media at the Hogeschool voor de Kunsten Utrecht. “There I met my (Dutch) husband,” she told me. “In Macedonia I sang in a quartet. Our Dragan Dautovski quartet was well-known and we toured in more than twenty countries,” she said with some pride. “From 2012 to 2015 I worked as head teacher of singing and as coordinator of the training course for popular music at the conservatoire of Skopje, but now I have two children and all the traveling became a bit much for me. Now that I have children of my own I find teaching small children fascinating and inspiring. But teaching singing, piano for beginners, free vocal improvisation and courses in traditional Macedonian music I like just as much. I do that now at the Koorenhuis. I would like to give singing lessons here in ‘t Klokhuis as well.”