From 18 January  the Javastraat is closed for 3 months to through traffic between the Nassauplein and Koninginnegracht. The Javastraat will get better cycle paths, the sewer system will be replaced and the street will be repaved. Later this year road work will also be carried out on the narrow portion of the Laan van Meerdervoort.

The plans to redesign the street were drafted in consultation with residents, businesses and interest groups in the neighbourhood. One lane for vehicular traffic will be eliminated to create space for a cycle path in the direction of Kijkduin. A new cycle path will be created in the other direction. Nearly all the parking spots will remain. 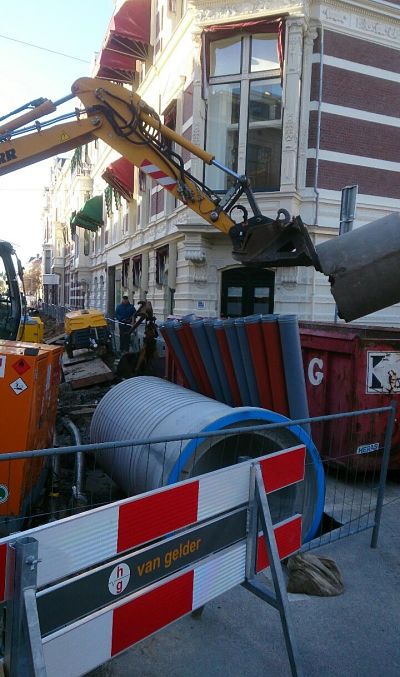 The road work will take place in 4 phases:

The work in the Javastraat will be completed in mid-May. After that the narrow portion of the Laan van Meerdervoort will be repaved between the Carnegieplein and Zeestraat. Designated cycle paths will also be created here in both directions and one lane of traffic will be eliminated for cars. This project should be completed at the end of 2016.