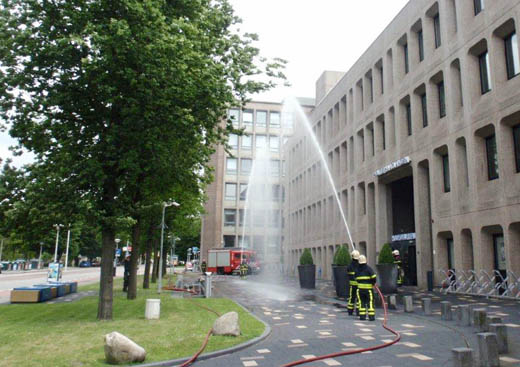 16 June 2012 – The first memorial service at the National Fire-Fighter Monument took place in Arnhem today. Fire-fighters from our local fire station on Burgemeester Karnebeeklaan also paid their own tribute to colleagues who lost their lives while on duty. The Fire Brigade flag flew at half-mast alongside the Dutch and Police Federation flags. As a mark of honour fire-fighters sprayed two jets of water 10 metres into the air to form a triumphal arch, echoing the shape of the monument in Arnhem.