The current exhibition is an homage to Rien Homburg, who died years ago. He exhibited with us in August 1997 and I am glad that his work is back. 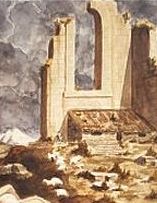 Rien Homburg
A perfectionist in everything

Rien was born on 11 August 1926 in the pentagon of Haarlem as the son of the shoemaker Henk Homburg.
His health was weak, he had severe asthma.
As a result, he was unable to attend school often, his parents did not have high expectations of him.
But Rien was a bit of a bite, he didn’t let his illness fool him.
Because he was often at home, he started drawing and it went so well that he even liked drawing and painting lessons, which he loved.

At home, he also learned to play the clarinet and accordion himself, which later came in handy.
In his teenage years, Rien really wanted to go to the vocational school for shoemakers in The Hague, but there was no money for that at home.
An arrangement was made with the director and Rien was allowed to pay monthly with the money he earned in the evening playing accordion in a band.
At the time, he lived in the HTO in The Hague, where he cheerfully painted through in his little spare time.
After his training, he became head of the Wassenaar firm in the Prins Hendrikstraat and also took care of the shop windows.
He made beautiful themed windows, for example, with the treasury of Rudi Carrell that he completely copied.
After he took over the case, he and his wife Cobi went to live above the case.
In the evenings he did a French, Italian and English course.
After a few years, they had a roof terrace and attelier built so that Rien had a nice, spacious place with good light to enable them to pursue their hobby well.
When Rien was asked to exhibit at ‘t Klokhuis, he was very honored!
His entire life was drawing and painting his big outlet,
What he continued to do until he fell ill and died in 2004.
Now 15 years later, his work is back in the Klokhuis and he would certainly have been proud!
Rien has achieved a lot in his life despite his difficult start!