Sunday 10 January was the day of the annual New Year’s reception for the residents and volunteers in our neighbourhood. String Orchestra ‘Otto Voci’ added lustre to the reception and so did Bert Huisman, who sang and played the guitar and was accompanied by a violin player. Via the Comunity Council Bert Huisman is involved in the Scheveningse Bosjes; some call him the ‘mayor of the Scheveningse Bosjes’. 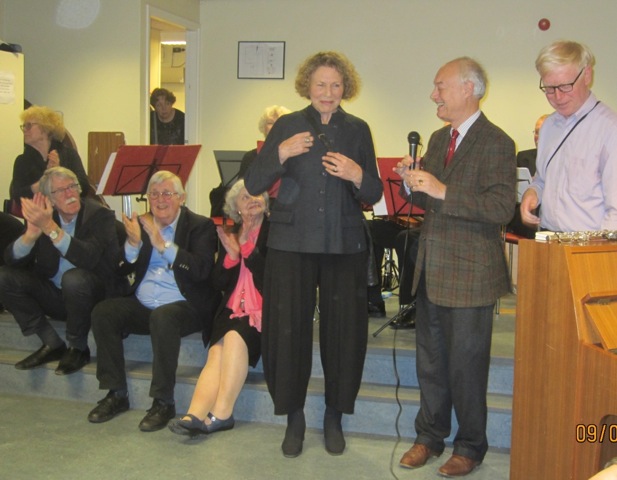 Marjan Teesing received the Ereprijs 2016 for her valuable work in the field of sustainablity. In particular the action for the collective purchase of solar panels (459 have been installed) was a success. Marjan received the reward from the hands of Chairman Arnout Offers. 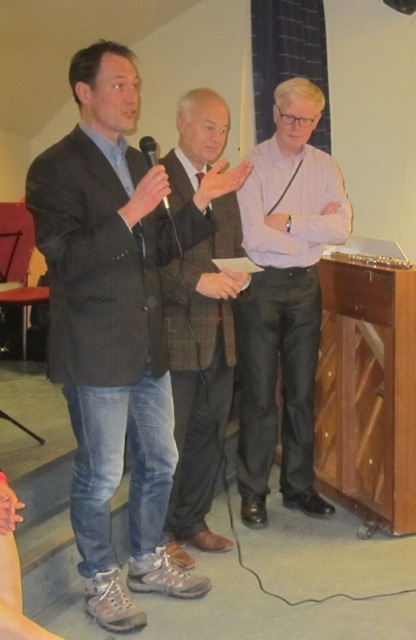 Alderman Boudewijn Revis, who has to lead the development plan for the International Park in the right direction, had come to the reception. Just like Chairman Arnout Offers and a great number of the people present he came straight from the protest demonstration. Arnout Offers welcomed him and asked why the plan had been drawn up before the residents had their say. Mr Revis answered that it is a preliminary plan, so changes can still be made. He values the participation of the residents, but is of the opinion that the subject matter has to be clearly outlined before one can have a fruitful discussion. Hence the plan. 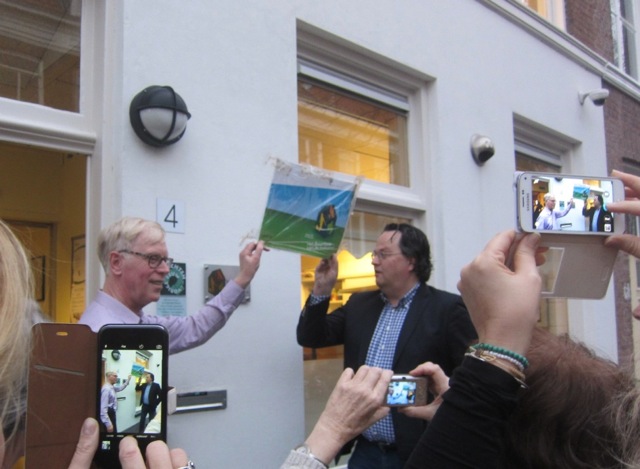 City Hall has decided to appoint ‘t Klokhuis ‘Buurthuis van de Toekomst’ (community centre of the future). To earn this title a community centre has to meet a number of criteria like cooperation with other organisations ( well-being, welfare or sports), organize activities for the elderly and be a place where residents can meet for a course, a meal or just a neighbourly chat. The 10th anniversary of ‘t Klokhuis was a good reason to apply for the designation. 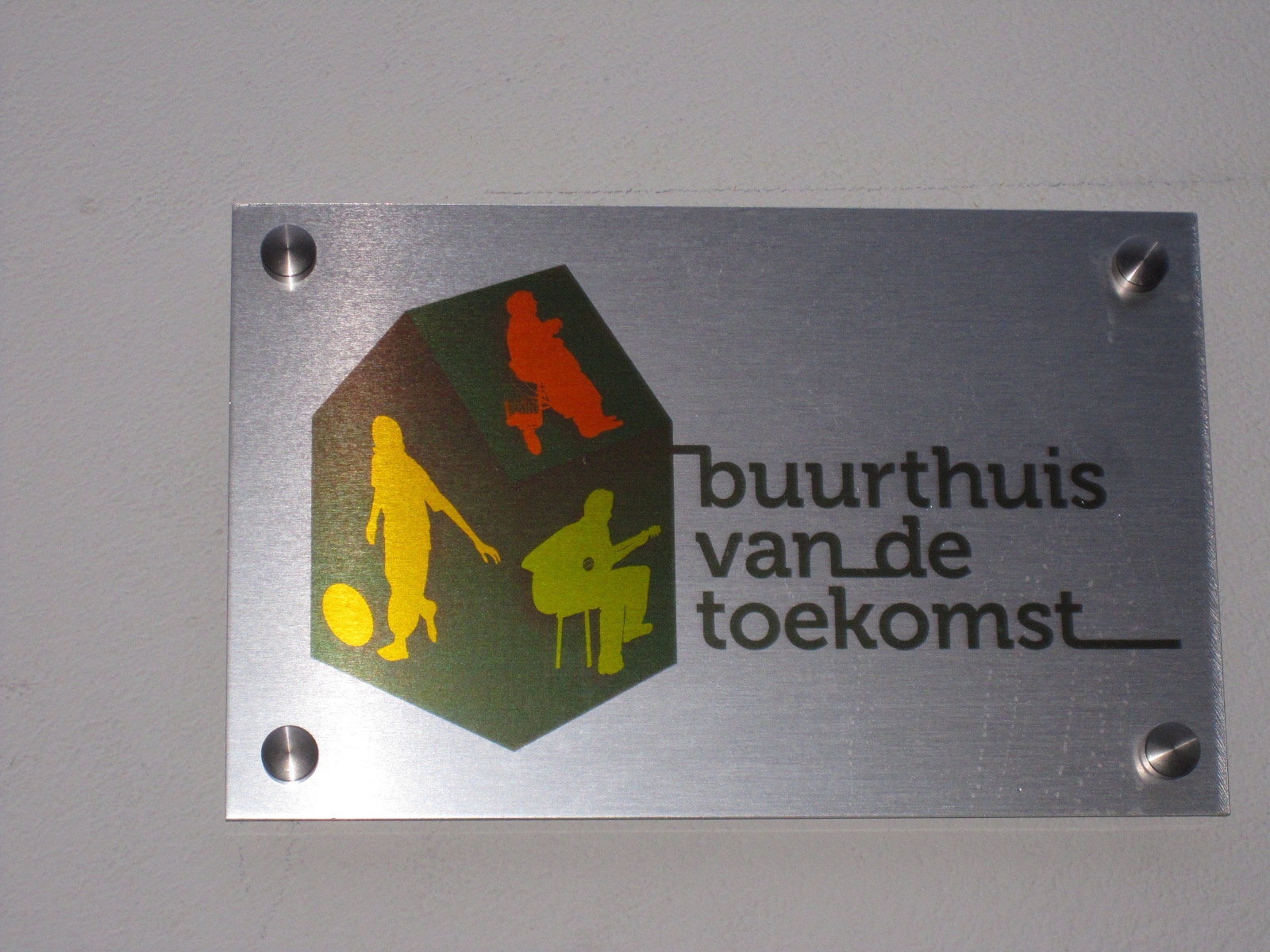 The Municipal Director of our district and the Chairman of the Community Council together unveiled the plaquette on the wall next to the front door.