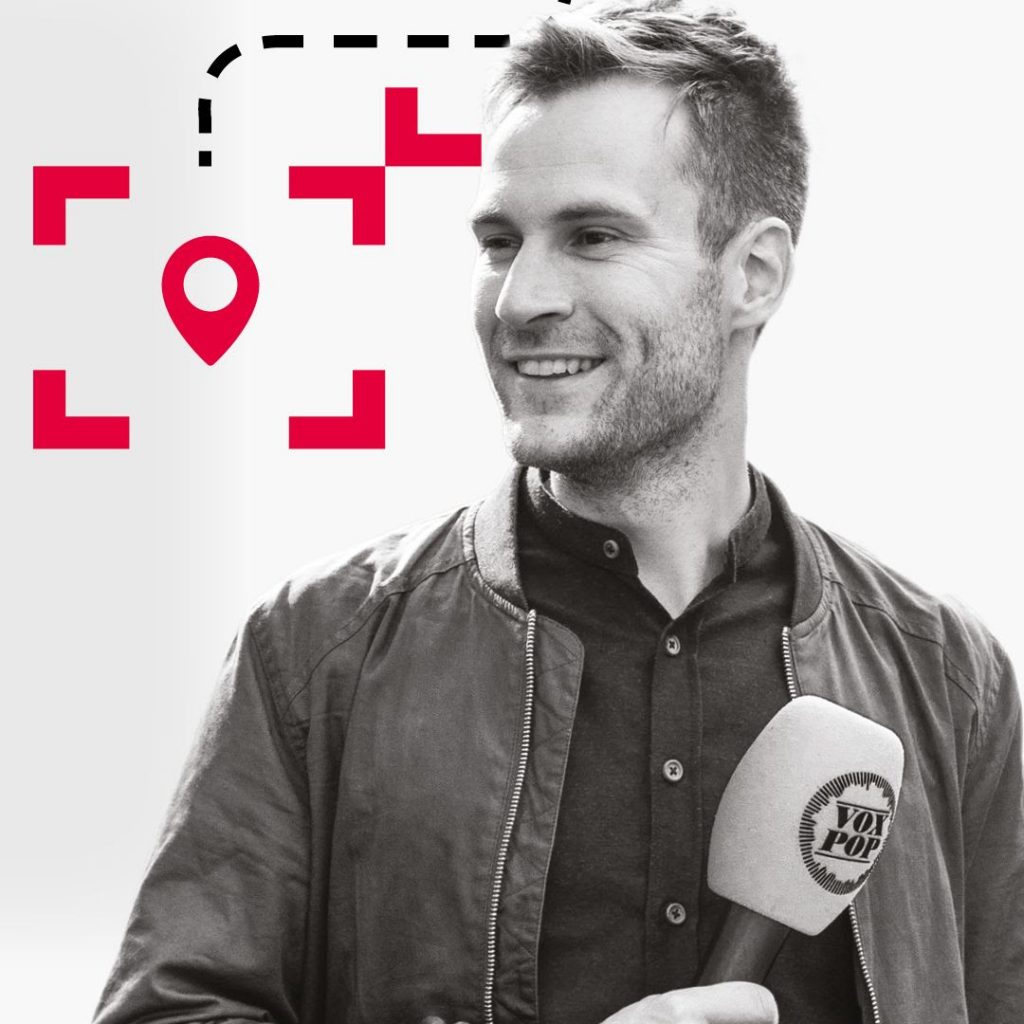 In this Media Lecture we will talk with the master of street interviews Roel Maalderink. He will discuss the voice of the people, the so-called voxpop, and the rising position it occupies in the media.
Whether they understand it or not: the Dutch have an opinion about almost everything. And the average reporter likes to let them have their say. Looking for the (gut) feeling of society.
Roel Maalderink is the master of the street interview. As the creator of the satirical series Voxpop  for the AD and his own social media channels, he pokes fun at this journalistic phenomenon. In this Media Lecture, Roel talks about his vision of voxpop (the voice of the people ) and how it acquired an important position in the (news) media in recent decades. Of course he illustrates his argument with images from the archive of Sound and Vision.

ABOUT MEDIA COLLEGES
During the Sound and Vision Media Lectures, various media makers and experts reflect on the way we live in media: about how media influence us and how they are part of our daily lives.
Image and Sound is the institute for media with branches in Hilversum and The Hague and houses the largest media collection in the Netherlands.