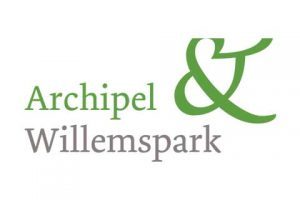 A few years ago, ORACs (Underground Residual Waste Containers) were introduced in our neighborhoods. Since then, the weekly chaos around garbage collection (we still remember the garbage bags ripped open by seagulls and rats) has largely disappeared. Some ORACs are used more frequently than others. The result is that in those places there is more likely to be an (incidentally illegal and antisocial) secondment. Reporting helps: call the municipality on 14070 and report if an ORAC is full or blocked because a co-resident has put too large pieces of waste in the container. HMS also equips the OARCs with sensors that measure when an ORAC threatens to become full, so that it can be emptied in time. As a neighborhood resident, you can also become an “adoptant” of an ORAC and then use the associated key to remove a blockade yourself. Look for this on https://www.denhaag.nl/nl/formulier/ondergrondse-container-adopteren-1.htm

We also know waste sorting streets in the neighbourhood: the one on Nassauplein is frequently used and there are now several containers on Burgemeester Patijnlaan for, for example, paper, plastic and clothing. The municipality intends to realize more such streets in order to reduce the pressure on the locations already present. To this end, two locations have been proposed in our neighbourhoods: in the Riouwstraat and on the Alexanderplein (the latter replacing Patijnlaan). The immediate residents are concerned about this intention: noise and odor nuisance and extra traffic movements are frequently heard arguments.

The position of the Residents’ Organization is that we are in favor of a good (underground) waste collection infrastructure. Every resident of the neighborhood must be able to dispose of their (separated) waste easily and nearby. ORACs and waste sorting streets are inevitable. At the same time, we know that living or working in the immediate vicinity of an underground waste location is not always pleasant. However, this applies to all residents. As a Residents’ Organisation, we therefore do not take a position on whether a specific location is suitable or not, unless there are interests at stake that affect all residents of the neighbourhood. People living in the immediate vicinity of proposed waste locations are the ideal party to explain to the municipality, substantiated, why they think the location is not suitable. In (preferably) an opinion, or possibly later with an objection, a different location can then also be suggested. The procedure at the Riouwstraat and the Alexanderplein requires a view before 15 July. Check the website of the municipality for all information:

Open Ateliers in the city centre

Open Podium in the Archipel