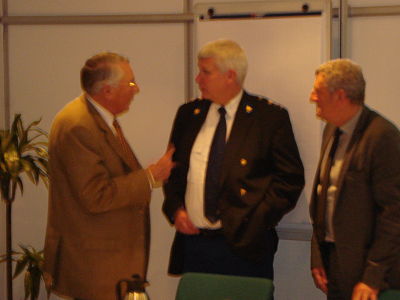 Saturday 10 November the neighbours of the Police Station were informed about changes in the near future that will be the result of the formation of the National Police. What used to be Police Headquarters will in a few years be turned into an administrative office. Furthermore the Detective Force will be housed here and the cell-bloc will remain. The Security Service for special objects (like embassies) also remains and the Aliens Police will return. There may be an intake-desk, but the local police-station has been moved to Jan Hendrikstraat.  According to Chief Commissioner (Quartermaster Den Haag ) Van Essen things may become a bit more quiet for the neighbours.