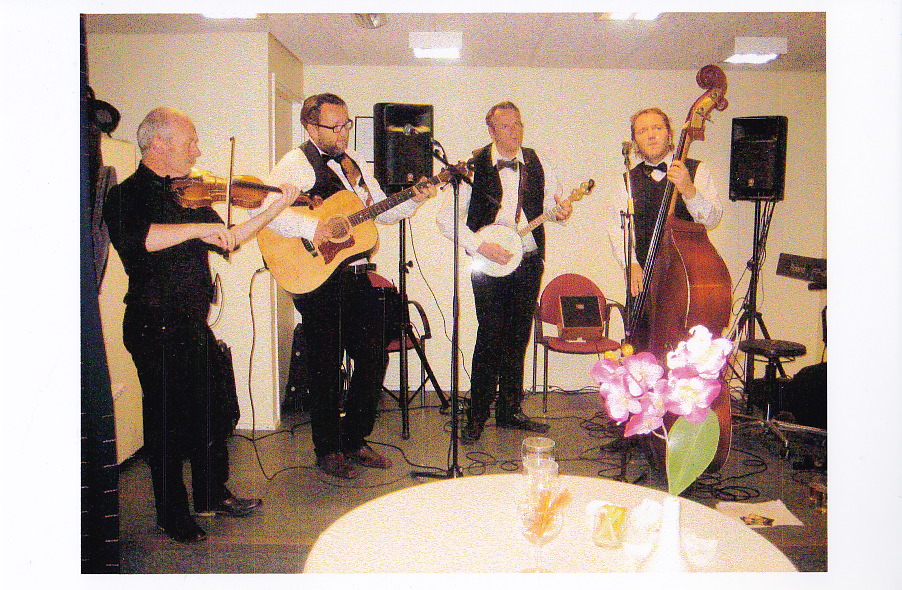 Saturday 8 November Foundation het Klokhuis and Association ‘t Klokhuis celebrated their 40th anniversary. Ruud Klein and Mrs Joke Hamers made a speech. On behalf of the neighbourhood Auke Bloembergen handed over a bouquet of flowers that will last at least 10 years. Liesbeth de Bles had the last word, after that she was given her painted portrait. It was an enjoyable meeting (a number of pictures you will find hier). The merry band ‘Ragmob’ played on and on.