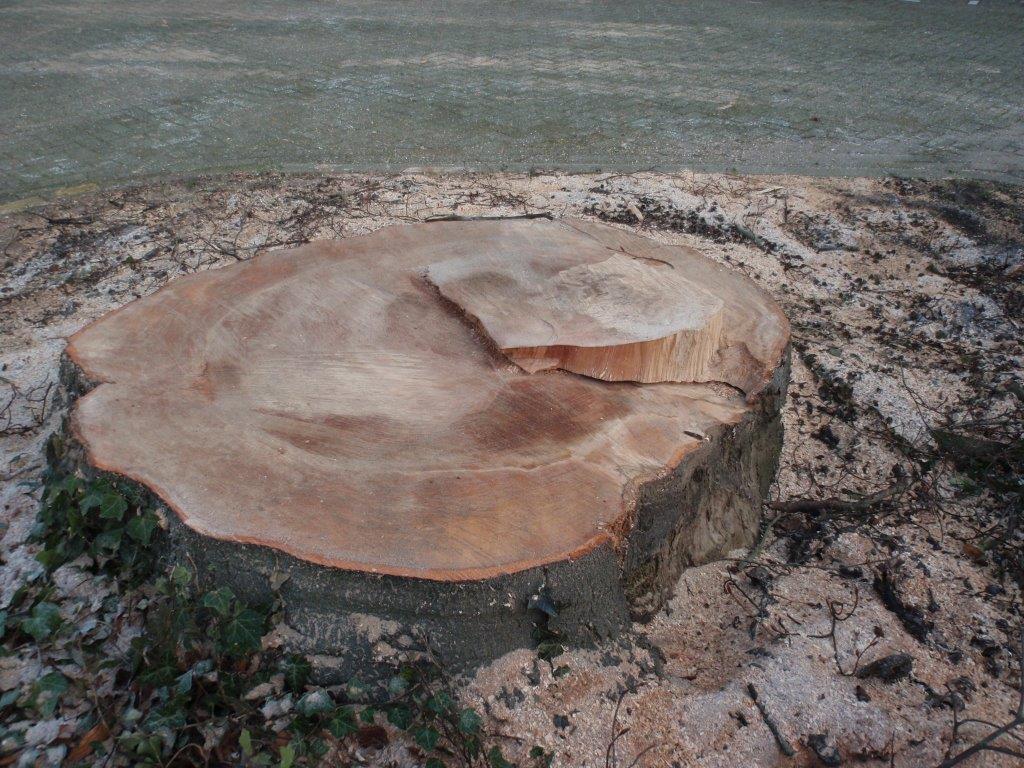 On Saturday 14 February, I was waiting for the tram at the Vredespaleis stop and I was shocked to see that the majestic copper beech on the corner was being cut down. The big side branches were already down and sliced. On that same afternoon, the tree was completely gone. This beech that had witnessed everything had survived the English bombarding of the Kleykamp villa of 11 April 1944, where duplicates of people’s IDs were kept. This collection was a big threat since many citizens of The Hague could be thus summoned. 59 people were victims of that air strike. After the war, the offices building was built around that copper beech, which got a monumental status. Trees expert Bas Steenks told me that the beech was infected by giant mushrooms, primarily on the main roots. The vitality of the tree was reduced and it was producing more and more dead branches. Unfortunately, it had to be decided to cut the tree down. Whoever looks at the stump now will be surprised with the dimensions of the now disappeared beech stem of more than 100 years old. Hopefully, a new strong tree will quickly come to place, but it will not be one that has witnessed everything! 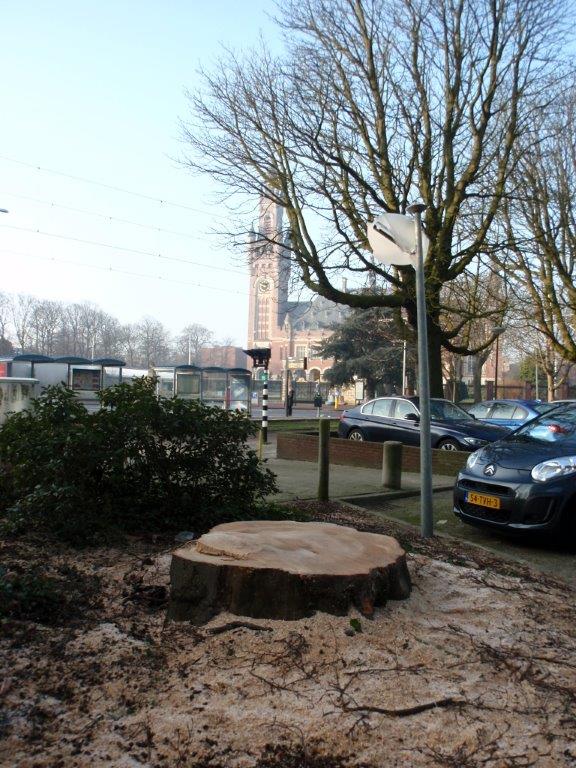